Safe for potable water, PEX is the red and blue flexible tubing that’s used to make gentle bends around obstructions in your attic and is perfect for adding water supply to hard to reach locations. New fad? No, expect the product to last. Plumbing systems in Europe are still intact and operational after 30 years.

Like any product there are some best use practices. For instance, operating temperatures: from 180 degrees (the top setting on your water heater) to below freezing 20 degrees. Any colder than that – it’ll start stopping up! But will it BURST? 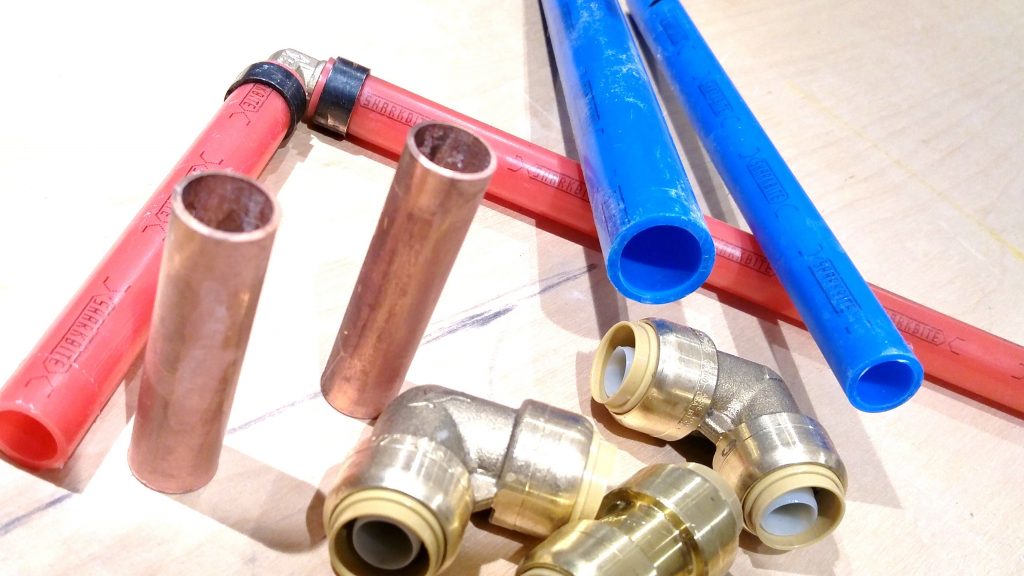 The insurance industry reports that over a quarter-million homeowners annually suffer property damage from broken supply pipes, many from freeze events. PEX offers a potential advantage over rigid plumbing such as copper or hard PVC. Due to its flexibility (polymers), PEX has a small margin of expansion under the damaging pressure caused by ice formation.

If the weather gets cold enough, PEX pipes can and will freeze – – like any plumbing. However, PEX may be less likely to rupture as a result of freezing. However – manufacturers won’t provide a guarantee against rupture due to freezing.

Follow these steps to prevent PEX pipes from freezing in your home:

2. Keep rooms at 55 degrees or more when outdoor temps drop below 20 degrees.

4. During spells of acutely cold weather, allow indoor faucets to dribble to relieve damaging pressure in pipes if ice forms.

5. Have a vacation home? Drain the entire plumbing system when winterizing a summer home or a house where plumbing is not used in winter.

6. PEX pipe storage. Keep PEX away from sunlight. Like most other plastics, PEX will become brittle if exposed to sunlight for too long and may crack under pressure. Typical exposure limit is ~30 days.

7. Give it some slack! Since PEX will expand and contract 1-2.5” per 100 feet of length with every 10°F change in water temp, it should not be pulled tight during the installation. In case of 60F temperature rise, 100 feet may elongate as much as 15”.

I have a run of PEX in my attic that freezes when the outdoor temps falls to about 15 degrees. Once my attic warms up (after a few hours the next day) the pipe thaw. So far no leaks.

PEX won’t ruin if frozen. There are NO manufacturer guarantees it won’t fail. It’s smart to insulate water supply piping exposed to freezing temp. The cost will run about $.50 – $.70 per foot. Look to spend about $75 to $150 to insulate pipe in the attic of a 2 bath home. Don’t forget your labor! 😉

We couldn't be happier with Gary's inspection of our home. We were considering an older home that had been sorely neglected for several years and needed major repairs. We had already had someone look at it, but we needed Gary's opinion for our home improvement loan. He came in, showed us a few minor things, and basically gave us a thumbs up! It was a great relief to have his opinion. We would highly recommend his expertise!